(Note: This example uses the On-Premise version of Extreme Blue Enhanced. The Cloud version works similarly, except that in that version the TimePilot database is stored in the Cloud and not on a local PC or server.) 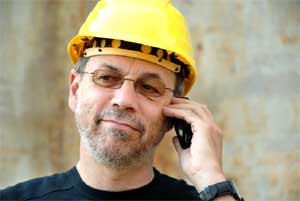 He generally has a crew of four to six workers plus a foreman at each site. The foremen carry company-owned phones to communicate with the office. Every two weeks, each foreman returns to the company's main office and gives Larry's assistant, Holly Johnson, hand-written timesheets covering their employees' hours.

Holly spends hours deciphering the handwriting, tracking down missing information, adding up the hours and sending the data to a payroll service for processing.

Larry would like to free up the hours spent by his assistant chasing down and adding up the timesheets, which he has found aren't especially accurate anyway. He'd like a more efficient, accurate solution.

The foremen mount an Extreme Blue clock at each of the five work sites. They can be mounted outdoors or indoors—whatever is most convenient—because they're padlocked and weatherproof. The foremen distribute the iButtons to their crews, who begin clocking in and out at the clock at the worksite.

At the end of the pay period, each foreman uses the app to download the data collected by the Extreme Blue clock to his or her phone. They examine the clock-ins and clock-outs on the phone, making sure an employee hasn't forgotten to clock in or out, and making any corrections necessary. When they're ready, they send the data to the Cloud with one tap on on the phone's screen.

Back at the office, Holly starts the TimePilot Central software. She sees that data from several of the worksites is waiting for her. She has TimePilot import the data. Wait! Data from one of the worksites hasn't arrived. Holly calls the foreman, who has forgotten to send it. While still on the phone, he starts the Extreme Blue app and uploads the data. Holly sees the data arrive in TimePilot Central and confirms its arrival to the foreman.

In seconds Holly has all the information that used to take her hours to calculate. She goes over the data to double-check that there are no missing clock-ins, etc., prints a report for Larry and with a couple of clicks emails the data to the payroll service. She's done, and on to other work. 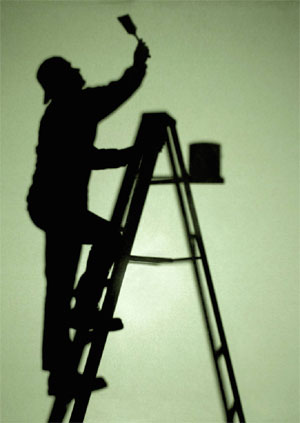 Bill Jones owns a painting company, Jones and Sons Painters, specializing in new home construction. He has two employees who work on an hourly basis at $16 an hour and are paid weekly. Bill wants a simple solution to his payroll. He uses an iPhone, and he'd be more than happy if the solution didn't involve using a computer.

Bill purchases an Extreme Blue system and mounts the clock at his worksite. He downloads the free TimePilot Extreme Blue app and sets it up, then assigns an iButton to each employee. The employees clock in and out throughout the day. They get 45 minutes for lunch and two 15-minute breaks, generating a total of 12 transactions (6 each). During the week, Bill may or may not be on site to see his employees clock in or out.

At the end of the week, Bill downloads the transactions collected by the clock. He checks to make sure there are no missing clock-ins and clock-outs, and finds that one employee forgot to clock out on Wednesday night. Bill inserts a clock-out transaction to make the correction, and the app tells him exactly the number of regular hours and overtime hours his employees have worked.

Right at the worksite, Bill uses the calculator on his phone to determine how much each employee should be paid, writes out the checks and hands them to his employees. He's done for the weekend.