(Read the newsletter containing this article.)

Bluetooth is all around us. Our cars have it, our mobile phones have it; even our fitness wristbands have it.

But do you know what it is? We do.

It’s a sophisticated form of radio with a range of about 32 feet (10 meters). When you connect your iPhone to the audio system in your car, your phone broadcasts a radio signal that your car receives. When you sync the fitness band on your wrist to your Android phone, the band emits a radio signal that your phone receives. The trick is to make sure that no one else receives that signal—or else you’ll be listening to the Metallica song the guy in the next car is listening to instead of your audio book.

That’s where the sophisticated part comes in. When your fitness band wants to communicate with your mobile phone, it sends out a signal; the phone responds, and the two devices agree to communicate. (This process is called “pairing.”)

The next question: How do the devices keep from interfering with each other?

Once the two devices have agreed to communicate, they work together to hop from wavelength to wavelength 1,600 times per second. There’s virtually no chance of another Bluetooth “radio” within 32 feet jumping to exactly the same wavelengths at the exact same time—that’s how one Bluetooth device talks to another without interference.

TimePilot Extreme Blue and Extreme Blue Enhanced use Bluetooth to transfer the data they collect to your smartphone. When you tap the gray management iButton to the clock, the Bluetooth transmitter inside starts broadcasting a signal. In essence, it’s looking for a partner. When you start the TimePilot app on your phone, it also broadcasts a signal, and the two devices check to make sure they’re authorized to communicate with each other. If they are, they connect.

Why do you have to tap the gray iButton to the clock? It’s a matter of power.

Transmitting a Bluetooth signal requires electricity. When you tap the gray iButton, it tells the Bluetooth chip inside the clock to wake up and begin transmitting. If the clock was transmitting all the time, you’d run through the batteries very quickly. (In our testing, the four AA batteries in an Extreme Blue clock should last up to two years.)

That’s why you don’t see many standalone devices using Bluetooth: either they’re plugged into a wall socket or—like smartphones—they’re recharged frequently. That may change soon: A new kind of Bluetooth, called Bluetooth Low Energy, has been developed to enable small devices running off tiny watch batteries to run for months. 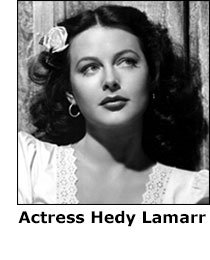